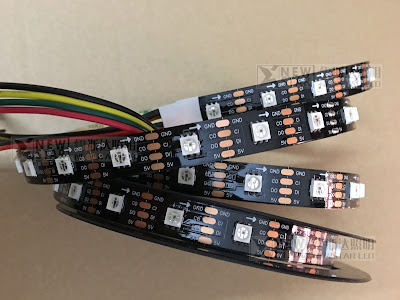 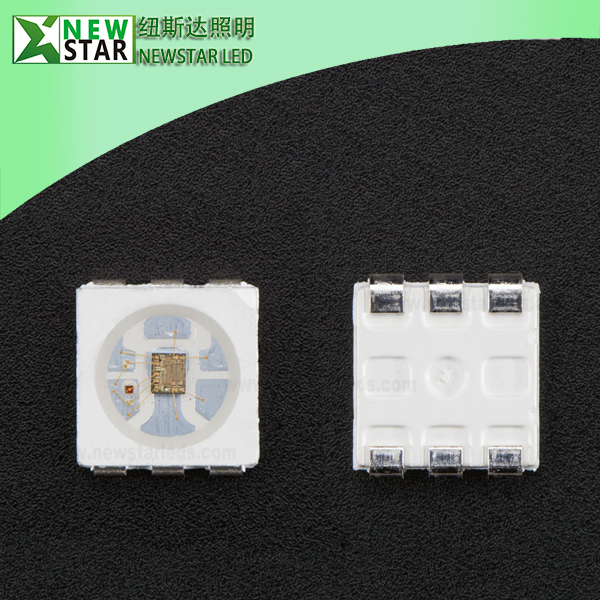 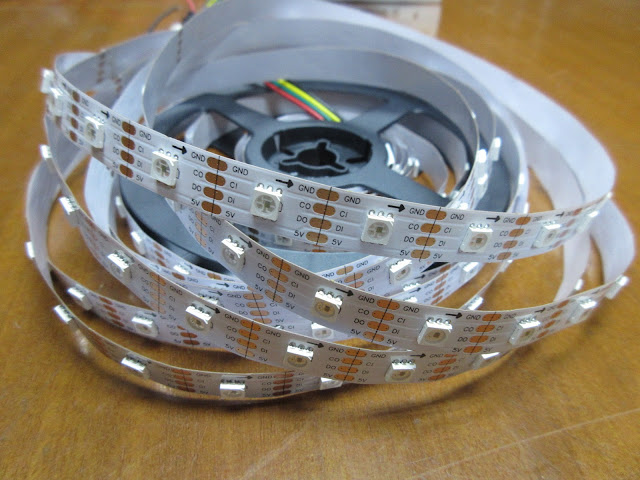 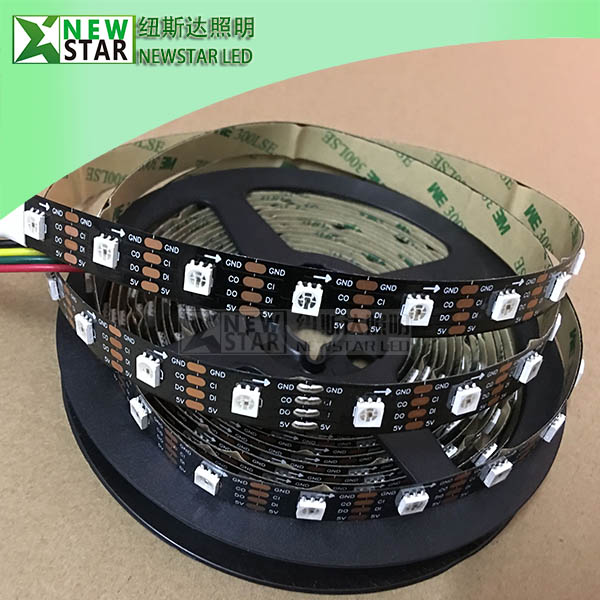 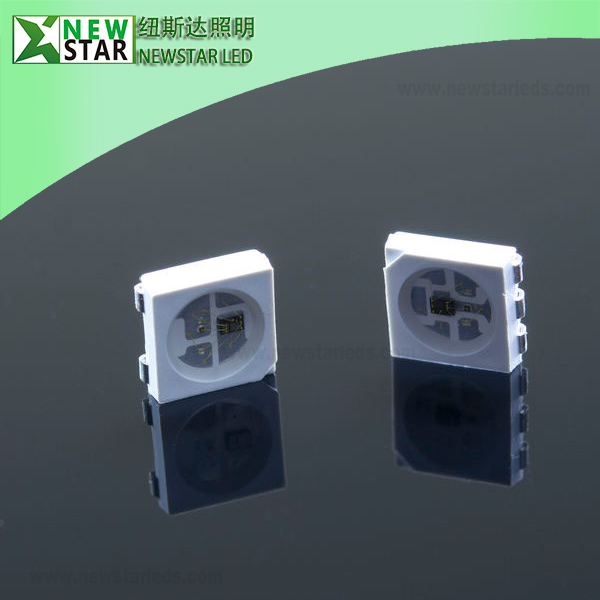 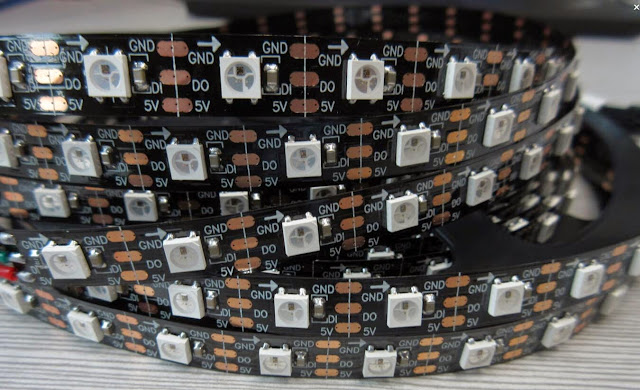 Below all analysis was got from our customer:

"I contrast to the very timing-sensitive one-wire protocol of the WS2812,
the APA102 uses a stand two-wire fire SPI protocol – one clock line and one data line.
Each LED has two inputs and two outputs which can be daisy chained. At the first
sight, this may seem wasteful, but it has the advantage of being supported by standard
microcontroller periphery and it is insensitive to timing variations. Due to the critical
timing requirement, it is not possible to control the WS2812 from SOCs with
multitasking operating systems, such as the Raspberry Pi. This should not be an issue
with the APA102. Furthermore, the data can be transferred at an almost arbitrary
clock rate. I was able to control the LEDs with 4 MHz SPI clock without any hitch. It
appears that the maximum speed is mainly limited by the parasitics of the wiring. The
data format is shown below. NEWSTAR LED CO.,LIMITED 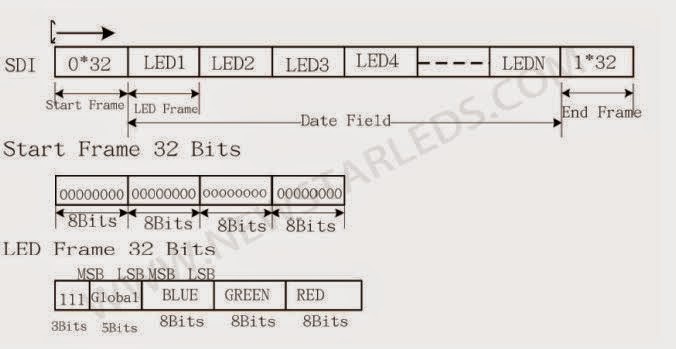 Each update consists of a start frame of 32 zeroes, 32 bits for every LED and an end
frame of 32 ones. I am not sure what the “End Frame” is good for, since its
encoding is indistinguishable from a LED set to maximum brightness and will simply
be forwarded to the next LED. In my experiments, omitting the end frame did not
have any impact.
One interesting addition is the “global” field for each LED, which allows to control
the brightness of the LED in 32 steps from 0 to 31. When trying different parameters,
I was quite surprised to observe that the LEDs did not show any visible

pulse-width-modulation (PWM) flicker at all when the global brightness was set to 31.This is quite different from the WS2812, which shows visible PWM flicker when
moving the LEDs.
Interestingly, the APA102 started to flicker once I set the global brightness to 30 or
below. To understand what was going on, I hooked up my scope to the power rails.
When the LEDs are turning on, they draw significantly higher current which leads to
a drop in voltage across the power rails. I previously used a similar method to
investigate the inner workings of candle flicker LEDs.
NEWSTAR LED CO.,LIMITED 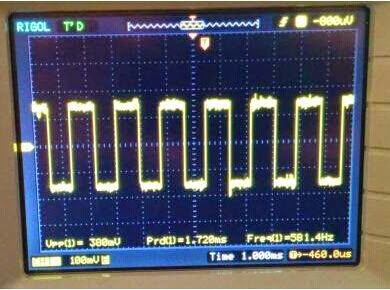 The picture above shows the current modulation for RGB=255,255,255 and the
global brightness set to 16 (50%). The pulse width modulation is clearly visible in
the voltage signal at a frequency of 580 Hz, very similar to the 430 Hz of the 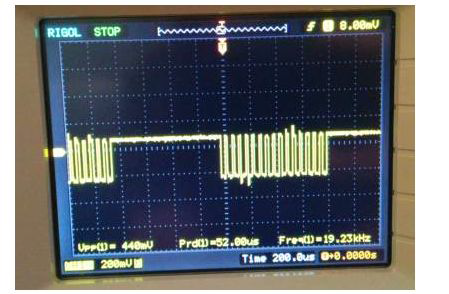 Next, I set the RGB value to 128,128,128 and kept the global brightness at 50%. The
result is shown above. Two PWM modulation schemes are superimposed in this
configuration. The global brightness is still modulated at ~582 Hz, while RGB value
is modulated at an approximately 32 times higher frequency, 19.2 kHz. This
frequency is significantly above the flicker fusion threshold, even when moving the
LED around, leading to an apparent constant brightness.
The very high PWM frequency is a pretty nice feature of these LEDs. In combination
with the higher update speed due to the SPI interface, they should be much better
suited for persistance-of-vision applications than the WS2812.
In summary, the APA102 show significant promise compared to the de-facto standard

WS2812:
 They can be controlled with a standard SPI interface. No critical timing
required and much faster than the one wire protocol.
 They have an extremely high PWM frequency, allowing flicker-free POV
applications.

 They are available in a special package with better heat sinking."