CCT color change LED street light
When it's sunny, it is work in 6000K color temperature. 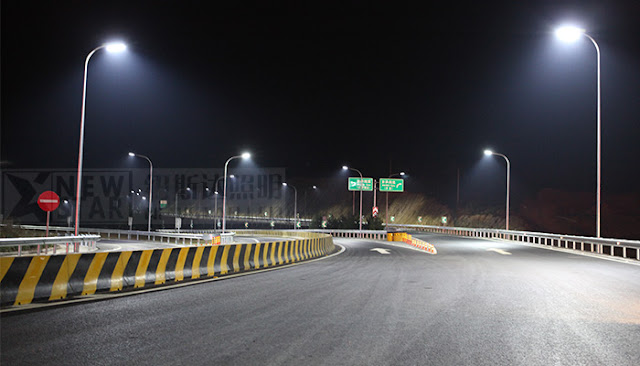 CCT color change LED street light
When it' rains, the humidity sensor will start work at once, and the CCT color would chang 6000K to 3000K, and work in 3000K warm white in the rain, and the light with stronger air-penetration, so that we can know the road condition easily and clearly. 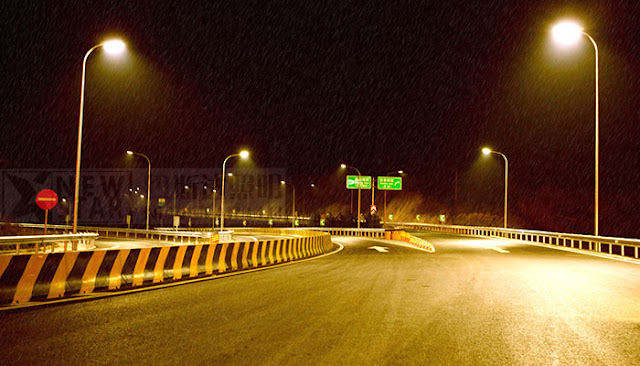 The difference with APA102 and APA102c

There are two versions of the market, the APA102 and the APA102C, as shown below. 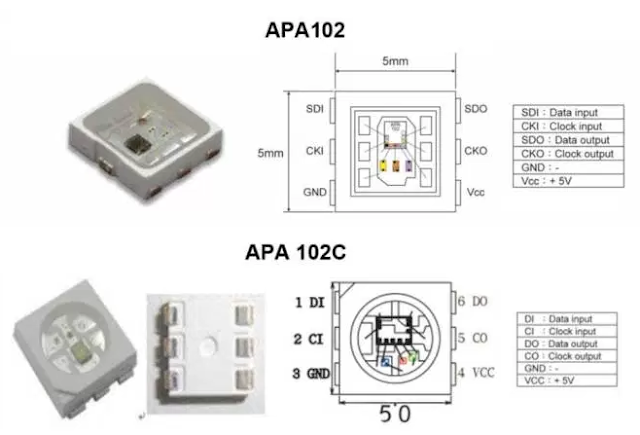 The controller IC was designed by a Taiwanese company, Newstar LED. Unfortunately, they do not have a lot of detailed information on their website. But they were nice enough to send me the original data sheet upon request. I mirrored the datasheets here: APA102 and APA102C
I contrast to the very timing-sensitive one-wire protocol of the WS2812, the APA102 uses a standard two-wire SPI protocol – one clock line and one data line. Each LED has two inputs and two outputs which can be daisy chained. At the first sight, this may seem wasteful, but it has the advantage of being supported by standard microcontroller periphery and it is insensitive to timing variations. Due to the critical timing requirement, it is not possible to control the WS2812 from SOCs with multitasking operating systems, such as the Raspberry Pi. This should not be an issue with the APA102. Furthermore, the data can be transferred at an almost arbitrary clock rate. I was able to control the LEDs with 4 MHz SPI clock without any hitch. It appears that the maximum speed is mainly limited by the parasitics of the wiring. The data format is shown below.

Each update consists of a start frame of 32 zeroes, 32 bits for every LED and an end frame of 32 ones.  I am not sure what the “End Frame” is good for since its encoding is indistinguishable from a LED set to maximum brightness and will simply be forwarded to the next LED. In my experiments, omitting the end frame did not have any impact.
One interesting addition is the “global” field for each LED, which allows controlling the brightness of the LED in 32 steps from 0 to 31. When trying different parameters, I was quite surprised to observe that the LEDs did not show any visible pulse-width-modulation (PWM) flicker at all when the global brightness was set to 31. This is quite different from the WS2812, which shows visible PWM flicker when moving the LEDs.
Interestingly, the APA102 started to flicker once I set the global brightness to 30 or below. To understand what was going on, I hooked up my scope to the power rails. When the LEDs are turning on, they draw significantly higher current which leads to a drop in voltage across the power rails. I previously used a similar method to investigate the inner workings of candle flicker LEDs. 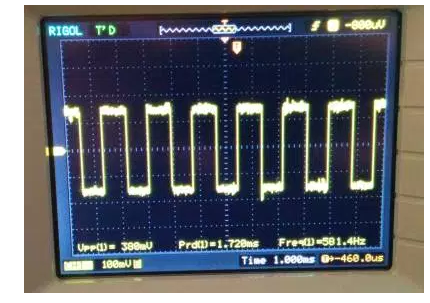 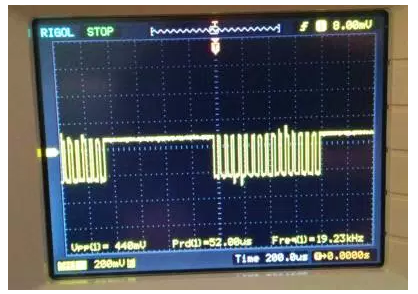 Next, I set the RGB value to 128,128,128 and kept the global brightness at 50%. The result is shown above. Two PWM modulation schemes are superimposed in this configuration. The global brightness is still modulated at ~582 Hz, while the RGB value is modulated at an approximately 32 times higher frequency, 19.2 kHz. This frequency is significantly above the flicker fusion threshold, even when moving the LED around, leading to an apparent constant brightness.
The very high PWM frequency is a pretty nice feature of these LEDs. In combination with the higher update speed due to the SPI interface, they should be much better suited for persistence-of-vision applications than the WS2812.
In summary, the APA102 show significant promise compared to the de-facto standard WS2812:
NEWSTAR LED CO., LIMITED
www.newstar-ledstrip.com
发帖者 Newstar 时间： 下午6:59 没有评论: